If you love playing games on your iPad, and you are getting tired of the games you have… Well, then you have come to the right page! Why? Because in this post, you will know the best 2018 iPad games that were all released just this month.

Antihero is a digital board game of robbery set in the cartoony end of the 19th century. The streets of Victorian London are swathed with a thick fog, gaslights bleed out little puddles of warmth as the Antihero stalk the alleyways, pilfering where he pleases, and recruiting urchins to his gang of thieves. Bribery, murder, and beatings are the tools of his trade, as well as wearing a real cool hood and turning children into criminals.

Moreover, the game lets you create your own thieves guild. You play as a master thief, and via the medium of nicking stuff you need to force rival criminals out of your patch. You’ve got a few moves every turn to collect gold and lanterns, then you use these to recruit thugs and urchins to aid you in your nefarious cause.

This game is great because it is unlike any other game where you’re the hero who saves and conquers things. Once you’ve broken into house, you can send urchins in to take control. Add enough urchins and you’ll get extra bonuses to help you become the best crime lord in the city. 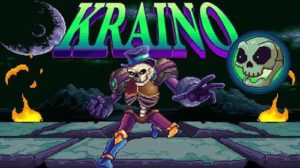 Kraino casts you as a top-hatted, armour-wearing skeleton dude. It wasn’t particularly clear as to why, but such things rarely matter in games like this. This  bony hero runs from left to right through familiar platforming levels, slashing horror-themed baddies with his sword and lobbing the odd projectile for good measure.

There are also certain items of level furniture can be destroyed to reveal health pick-ups and a number of projectile attacks, from fireballs to looping axe-throws. Moreover, this game gives a nostalgic vintage vibe with its graphics which makes it fun to play.

Thus, we think Kraino is a thoroughly entertaining action game that’s why it is part of this list! 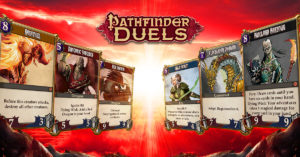 The great thing about Pathfinder Duels is that you can run through a game of it in ten minutes. Even in that time though there’s a depth of strategy and level of polish that other games just can’t match.

You can take on other players to death battles in the Pathfinder universe. These take place across a twelve space grid where six of those spaces are yours, six of them are the enemy’s.

The game is pretty exciting because of the rush of last minute victories combining with the depression of the sudden unraveling of your best laid plans. Basically, Pathfinder Heroes is everything mobile card game needs to be. It’s short, sharp, and it rewards you for playing. 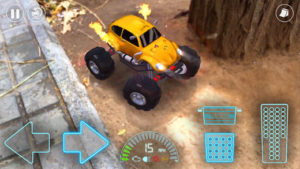 RC Club lets you play a virtual remote controlled car to play. Each of the machines is realistically rendered onto your iPhone’s display, with simple virtual controls enabling you to zip around. Moreover, the key twist in this game is that everything plays out on your living room floor—or anywhere you have a reasonable expanse of flat surface.

Therefore, it is such a fun and engaging game to play because it will feel like the cars and ramps are real! 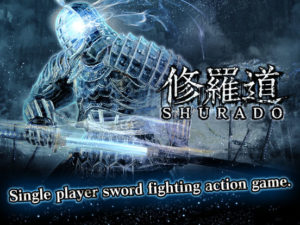 Shurado casts you as an undead samurai, cursed to eke out a supernatural existence as a hulking suit of armour. To add, Shurado is a very simple combat system that is built with accessibility. Play it by a screen-tapping mechanic whenever swords lock with an opponent by attacking simultaneously.

Furthermore, Shurado is an undeniable technical showcase, and the character models move and clash with convincing weight. To add, the game has a highly detailed surrounding architecture. It’s all part of a package that will hold considerable immediate appeal for fighting fans and those looking to show off their new iPhone 8, iPhone X, iPad.

Go and enjoy these best 2018 iPad games now! Just simply click on to the links.

Air Break is a free iOS game with unique action jumping style that has been designed to keep players hooked for long. Designed for iPhone, iPad and iPod touch, this jumper mobile game targets a large audience and comes with easy to follow instructions and engaging graphics.
Air break comes with integrated support for Facebook, Twitter and you can invite your friends and get them involved in the best action games.

Nicky “The graphics of this game is freaky blow me away , it worth checking out” 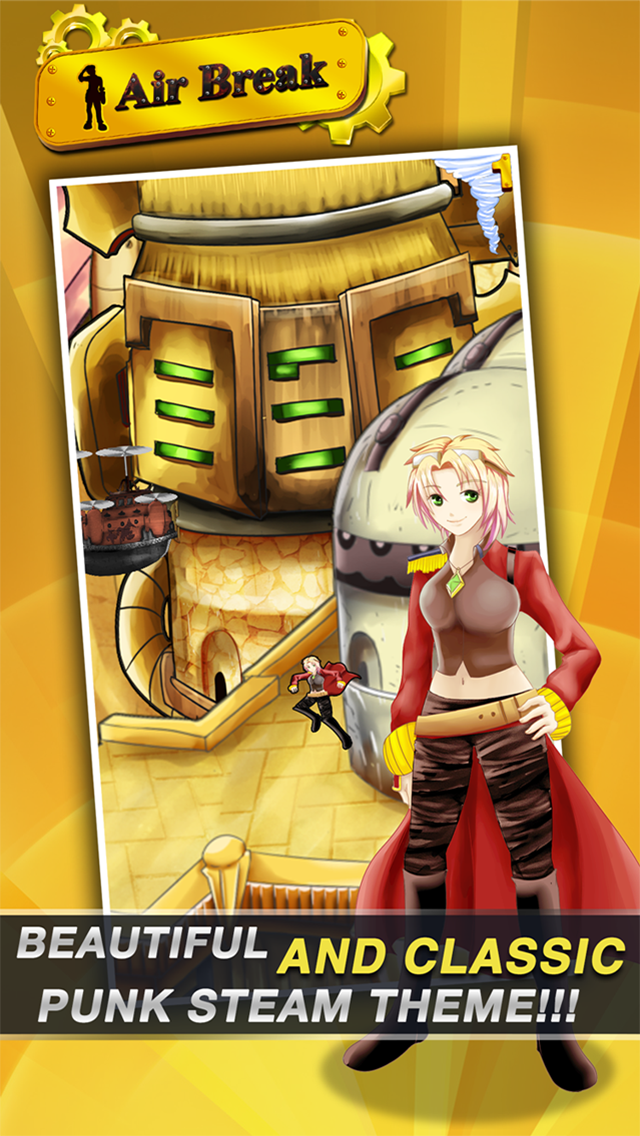 ***Key features***
Air break is one of the nicely developed and thoroughly designed action jump game which comes with some of the best features. Here are the key details of the game.

— Easy controls
This game doesn’t require a great deal of instructions to play with. When you download the game, there is an option of viewing the tutorial. The tutorial is very brief and short and shall not entail huge time. The game mainly involves a few basic instructions as you can jump up, swipe right and left to dodge the barriers and fly higher.

— Amazing graphics
The graphics of Air Break makes it one of the top jump games. The finest designers thoroughly inspected all key details before inculpating them for offering you the best results. The graphics are lively and the barriers are so designed that the movement looks real. The color schemes are extremely vibrant and bright and bring out the best in the game and keep the players hooked. 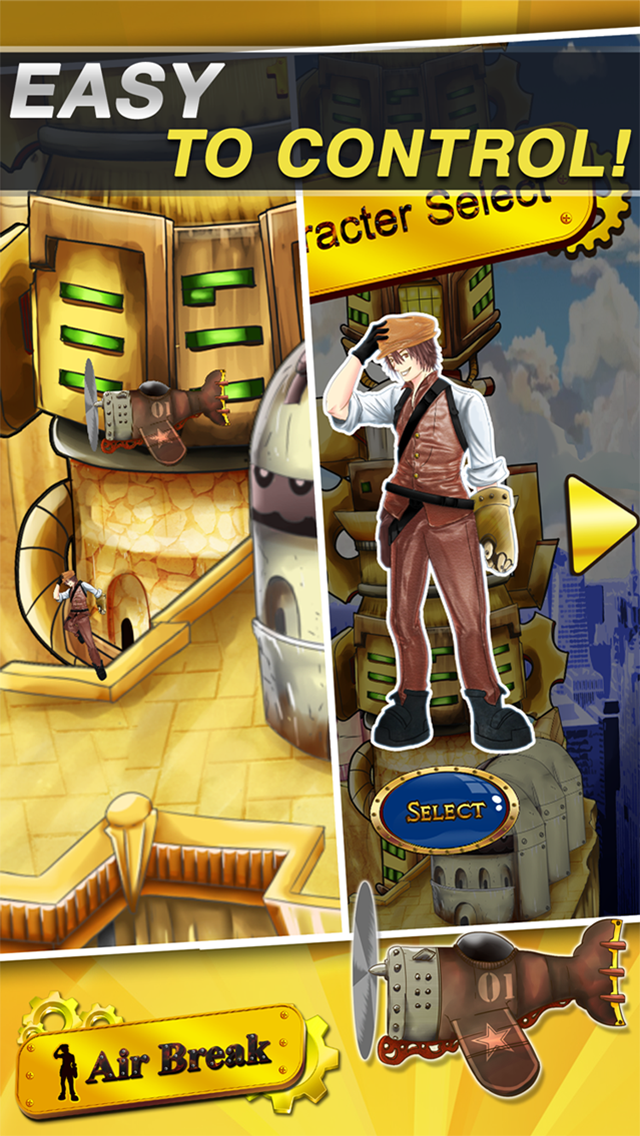 — Punk steam theme
The game is based on punk steam theme and the graphic designs have been illustrated keeping this theme in mind. You will find different spaceships and other sci-fi objects as barriers and this is sure to excite jumpers even more.

— Great game play
The developers of Air Break spent a lot of time in coming up with the right game play concept. The main idea behind this game is to allow the players to become the best jumper. Your character needs to jump high in the air by tapping on the screen. Once you are in air, you can swipe right or left by flicking your fingers and then your aim is to dodge the different barriers and obstacles so that you can survive. The moment any obstacle hits you, you will die and the game will end.

— Social media integration
When playing Air Break, you can connect with your friends on Facebook and Twitter. You can invite them to play the game or even share your scores and challenge them to beat your high score. Social media integration has become phenomenally popular and if you have friends who love jumper mobile game, this is certainly one of the best choices.

— Quick download
There is a need to keep the file size small. This action jump game doesn’t require huge space in your device and the file size is. It can be quickly downloaded and it won’t use too much internal space on your device either.

Those who love playing action games should make it a point to download this free jumping game and enjoy their time. There is no violence in the game and hence it is suited to audience spanning all age groups. The game is addicting as you will be inspired to improve your own score.