Indie Games are somewhat games that surprise you in multiple ways. They are not just the typical games because everything has a different gameplay, graphics, and story to it. So, we have rounded up the best 5 2018 indie games available at Steam for you!

Attack of The Earthlings

Take on Galactoil, a comically dysfunctional intergalactic energy corporation, and its larger-than-life employees in a tactical-stealth game! Attack of The Earthlings is a game that fuses satisfying strategic gameplay and dark comedy in a quirky single-player story. Moreover, it combines turn-based combat and stealth in a dark comedic single player campaign, where you the player, take control of the native alien race to defend your home world from the invading humans. 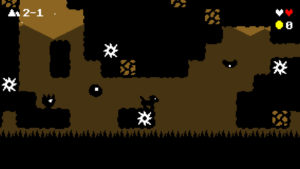 Dig Dog is an action rogue-like digger. Excavate to discover treasure, adventure, and bones! As a player, you can also jump, dash, stomp and dig your way through a strange world inhabited by stranger creature. This game is one of the best 10 for Trafalgar Soft Company because it has a simple, expressive control scheme—run, dig, drop, jump or dash with the use of only three buttons!

Fable of the Sword

This is a galgame with a story of ancient. With full-audio, this game will present you an experience when swords do the talking for you. Moreover, its amazing theme song will have you feeling like you are returning to the ancient, simpler time. We love this game because it has a very interesting storyline, and it will have you curious as to what will happen next.

One of the reasons why Indecision is a part of this list is because of how chill the game is. It won’t be giving you any pressure of having to achieve or accomplish anything ASAP. It is a platformer game, plus it’s short vague. Reason why we also love this is because of it’s cute yet cool graphics which has a pretty nostalgic vibes to it. 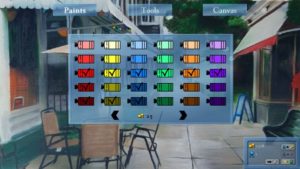 For creation and collection aficionados, The Painter’s Playground is perfect for you! The game offers a game-based sandbox to craft and collect 2D artwork and share it with the online community. You can strive to either be the buzz of the art house as a creator of sought-after works, or own the most coveted collection—or both! This game is part of the list because Trafalgar Soft Company finds it very expressive it different to the usual games.

That is all, folks! Thank you for reading, and we hope a game or two captured your attention. Just simply click onto the links provided to check out the games, and for you to be able to download them!

2018’s hit game, PUBG Corp declared that they have plans for the future of the franchise. Yes, you read that correct; franchise. The beloved PUBG isn’t going to stay as just a game if they can maintain the popularity around the title.

The main intriguing piece, however, concerns PUBG in the long run coming to different stages. At the point when squeezed about regardless of whether a PS4 variant is underway, the CEO of PUBG Corp, Chang Han Kim expressed, “As it will be a selective title on Xbox One for quite a while, we’d jump at the chance to concentrate on finishing the Xbox One PUBG for the present. In the event that we have the open door, the last objective is dispatch the title on each stage.” A Switch variant would really be truly wonderful for this amusement. In spite of the reassure presumably kicking the bucket after a solitary round. 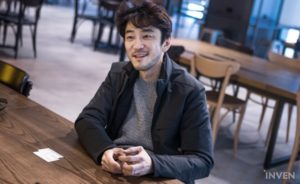 One enormous motivation behind why PUBG isn’t on an opponent stage (aside from the coordinated exclusivity for Xbox One) is that Sony doesn’t have an early-get to style retail facade. Concerning what the organization may in the end develop into past this amusement, Kim shared, “I’d like PUBG to wind up plainly a widespread media establishment in view of the diversion. We need to participate in differing businesses including Esports, films, dramatization, kid’s shows, activity, and that’s only the tip of the iceberg. Indeed, we got several affection calls from various engineers in Hollywood and Netflix. Our fantasy is to fabricate another diversion based culture through different ways like this, and have the lead of that culture.”

One more thing to be excited about is that CH Kim said, “I’d like PUBG to become a universal media franchise.”

As groan inducing it may seem, it looks like we haven’t seen the last of PUBG! Hopefully, all of these distractions from the main title don’t lead to a dip in quality going forward.

In the mean time, you can click the image below and download PUBG mobile now! Or, you could just opt to playing the game on your laptops or whatnot. Have fun!